You probably have already heard about Japan in some way. You may be 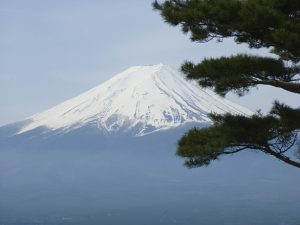 familiar with the colorful Japanese animated movies and series; you may be well-versed in old-fashioned Japanese Enka music, or you may be a fan of current pop idols, groups and singers.  Or, perhaps you are trying to learn Japanese.

Perhaps you are a history nerd, or you may be training for a Japanese martial art. You may also simply be looking for a fun time while learning a completely new culture!

Whether you are already familiar with Japan or not, it is useful to know some interesting facts about Japan before making the trip.

Japan is well-known to be an island country.

But did you know that in addition to the four main, bigger islands (namely Honshu, Kyushu, Hokkaido and Shikoku) there are also around 6,800 smaller islands dotting the map?

Another interesting geographical fact is that Japan extends over 3,000 kilometers from the northern island of Hokkaido to the southernmost part, which is called the Ryukyu Islands. That’s why Japan has six climatic zones– but only one time zone.

In the north you can experience humid continental climate, which is characterized by cold winters and mild summers. The island of Honshu (where the major cities of Tokyo, Kyoto, Osaka, Kobe are) lies in the humid subtropical climate zone and enjoys much warmer winters and extremely humid summers. The southernmost part of Japan, Yaeyama island, lies in the tropical rainforest climate zone. Japan may be well- known for its uniformity, but there is a lot of internal diversity, as well.

Japanese culture is based on respect and especially consideration of others. This shows in many parts of the everyday life such as bowing and nodding, taking off your shoes when entering homes, schools and clinics, and greeting others courteously. The language itself requires politeness and consideration, as when choosing which honorific to add to a name and which speaking style is most appropriate for the situation.

The Japanese language is a bit mysterious, as its origins are an ongoing debate in the linguistic community. Around the 9th century, the language’s vocabulary and phonology were considerably influenced by the Chinese language, from which the Japanese have also adapted their writing system. In the middle of 19th century, following the opening of Japan, the language was significantly influenced by foreign words, a trend that continues to this day.
Many words used in English were also adopted into the Japanese language. For example, the word “anime” is based on the English word “animation”. When you check in your “hoteru (ホテル)”, or hotel in Japan then you’ll probably be heading to the “furonto (フロント)”,which is the front desk. You sometimes have to be careful, though: depending on your pronunciation of “hamburger”, you may end up with a Salisbury steak (hanbāgu ハンバーグ) instead. If you want a cup of coffee with that, then you simply have to ask for “kōhī (コーヒー)”. There are many other words of English origins, therefore making Japanese easier to learn for English speakers. However, there are also around 20 ways to say ‘sorry’ in Japanese, in case you spill your kōhī on someone else.